Deprecated function: The each() function is deprecated. This message will be suppressed on further calls in menu_set_active_trail() (line 2404 of /data/www/arc/includes/menu.inc). 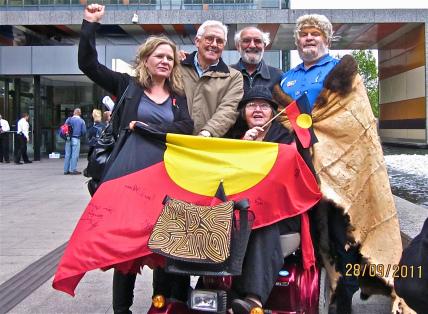 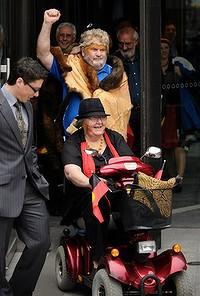 Justice Mordecai Bromberg found Bolt and the Herald & Weekly Times, publisher of the Herald Sun,breached the Racial Discrimination Act by publishing two columns that questioned a "trend" of light-skinned people choosing to identify themselves as Aboriginal.

Justice Bromberg said his judgment did not ban debate on racial identity issues if it were done "reasonably and in good faith in the making or publishing of a fair comment".

"Nothing in the orders I make should suggest that it is unlawful for a publication to deal with racial identification, including by challenging the genuineness of the identification of a group of people," he said.

Ms Eatock and eight others took Bolt and the HWT to court claiming racial vilification over the articles in which Bolt criticised some fair-skinned Aborigines for what he argued was a choice they made, as people of mixed racial background, to emphasise their indigenous heritage.

"This is a terrible day for free speech in this country," Bolt said outside court.

"It is particularly a restriction on the freedom of all Australians to discuss multiculturalism and how people identify themselves."

HWT said it was disappointed with the ruling and would consider an appeal.

Ms Eatock said the judgment was a win against discrimination. Racial identity could be debated, but with respect: "It's how you handle it. You can't be malicious ... he (Bolt) must handle it based on truth and fact."

Her mother and grandfather were Scottish but her father was Aboriginal and she identifies as Aboriginal.

In columns published in April and August 2009, Bolt wrote that some fair-skinned "political" Aborigines had received prominence or indigenous awards because they chose to identify with their Aboriginality.

The Eatock action claimed Bolt's articles - which appeared under the headlines "It's so hip to be black" and "White fellas in the black" - had "offended, insulted, humiliated or intimidated" fair-skinned Aboriginal people.

Justice Bromberg said the articles contained "errors in fact, distortions of the truth and inflammatory and provocative language", which voided the freedom of expression exemption in the racial discrimination laws.

Justice Bromberg ordered the parties to consult on a published correction.

In court during hearings in April, Neil Young, QC, for Bolt, argued freedom of speech was a fundamental right and a cornerstone of democracy.